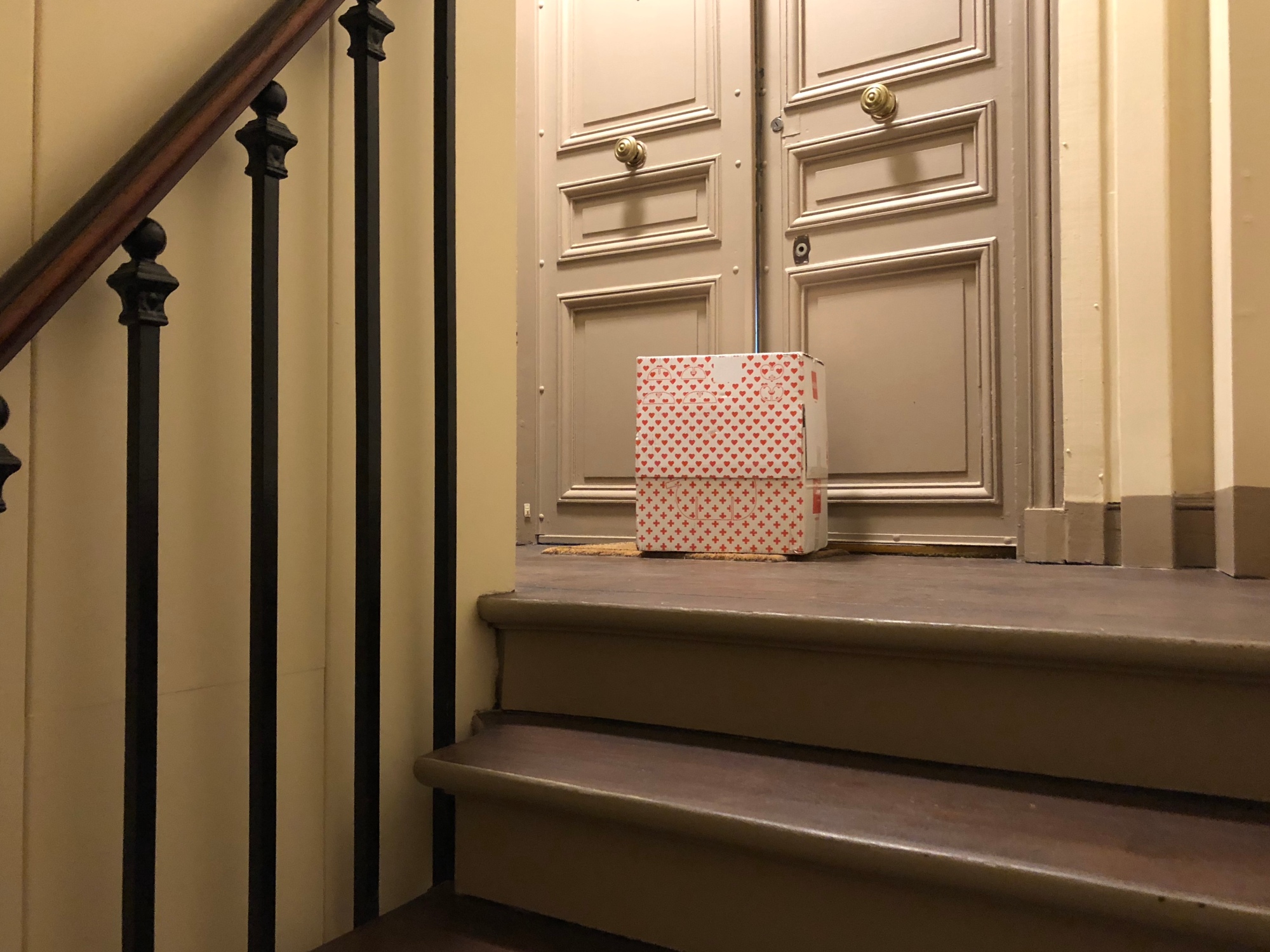 Even though our Paris apartment is furnished, it certainly doesn’t have every amenity. There’s also the desire (ok my wife’s desire) to personalise our space and make our apartment feel more like home and less like temporary accommodation. But with no car in Paris, the thought of dragging things like flat-pack furniture and pedestal fans in the metro is less than desirable.

Online shopping has been a part of our lives for many years now (so much so, we were on first name basis with our postie back home), but it’s gone to a whole other level here in Paris. And with so much choice (makes you realise how little is available online in Australia), and same day or next day delivery on most things in France, not a week goes by where we haven’t ordered something or the other.  In this entire process though, the ultimate anticipation is the delivery and by far the most important person is the one delivering your package. Back home in Australia, we’ve had mixed experiences with delivery person (except for our AusPost postie, who was exceptional). Sometimes we were at home and the delivery guy would just ring the bell and drive off without giving us the parcel, or worse, wouldn’t ring the bell or knock but just leave a card for you to collect the parcel yourself or organise a redelivery.

So here in Paris we were initially nervous whether our purchases would in fact make it to us safe and sound. A few weeks back when our first delivery was to arrive, the phone rang and when I answered, all I heard was a guy in a hurried voice speaking in French. So I slowly (much to his dissatisfaction) replied in French and asked whether he spoke English. All I got was, “Parcel. Come downstairs. Maintenant (now)!”. Of course, this had to happen at the same time as a technician was installing our internet in the apartment. With my limited French, I told the technician that I have to go downstairs to pick up a parcel, then quickly helped our little man put his shoes on, and off we went four floors down. While making our way downstairs, the delivery guy angrily called again and threatened to leave with our parcel. It had not even been a minute since his last call!

While walking down the last set of stairs (our lift stops at Level 1), I could see him fuming through the gate. But then he saw our little man peeking his head from behind me and it was as if all his frustrations melted within seconds. And as I opened the gate and before I could say anything, he commented, “Oh you have baby. I forgive you“. Suddenly there were smiles and even a laugh as our little one said Merci and Au-Revoir as the guy handed over our parcel. There was an instant connection.

And so it turns out that most of our parcels are delivered by the same guy but the conversation now is very different. Now he calls us from downstairs and says, “Stay up. I send parcel to you”, and sends the parcel via our apartment lift. And when we’re not at home, he goes to the trouble of coming upstairs to leave the parcels by our front door. It’s these small gestures that help Paris feel more like home and less like a temporary dwelling and we know when we go back home, these are the moments and the people we will miss the most.

4 thoughts on “Pass the parcel”